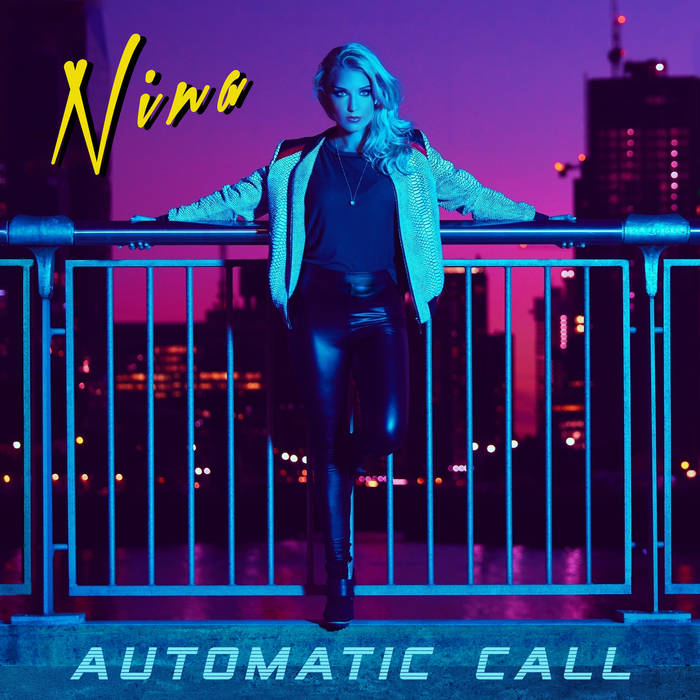 Argamae "Automatic Call" is as close to perfect a synth wave song as can be. Fantastic tune all-around with a strong baseline and masterfully orchestrated synths. But then there's her beautiful voice, strong and clear with a hidden fragile vulnerability. German-born Nina has her seat on the "triple A" pantheon of singers/songwriters and you would do well to worship her. Favorite track: Automatic Call.

DonnieDingo I fucking love it!

Automatic Call is the lead single for NINA's 2nd album. Includes some amazing remixes from the strongest referents of the Synthwave and Retrowave scene including Morgan Willis, Absolute Valentine, Makeup And Vanity Set, The New Division and Le Cassette.

Nina Boldt, professionally known as half of synthwave duo NINA, is a German singer-songwriter based in London. Nina Boldt teamed up with drummer/producer/singer/composer Laura Fares in 2011 and they became NINA, co-writing, recording, performing and touring their songs worldwide.

The band cites Kavinsjy as one of their fans.

NINA is signed to Aztec Records and Aztec Music Publishing in the UK. ... more

Bandcamp Daily  your guide to the world of Bandcamp

Featuring Oakland sounds from the Smart Bomb collective and Samplelov.